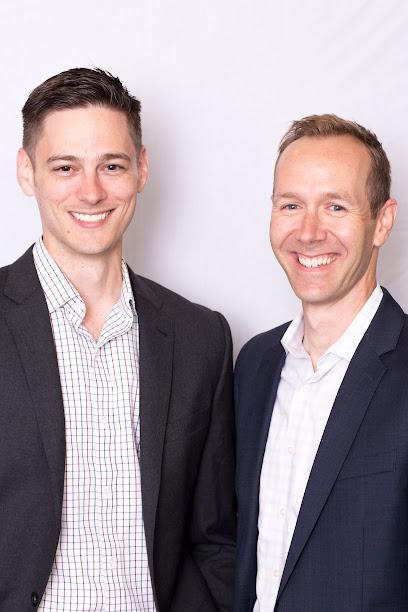 Dr. Schobel and Dr. Gialanella have worked together for over 5 years, previously at a practice in Arlington, VA. They decided to form District Dental Center about a year ago, and after much hard work and planning, opened the doors on July 1st, 2016. Both Dr. Gialanella and Dr. Schobel subscribe to the same philosophy that getting to know a patient is imperative to treating their oral health.

Matt Gialanella, DMD (or Dr G to his patients) was born and raised in Toms River, NJ. After graduating from Wake Forest University, in Winston-Salem, NC, he attended the University of Medicine and Dentistry of NJ where he received his DMD. He then completed a General Practice Residency at The University of North Carolina Chapel Hill Hospital.

Dr. Gialanella has been practicing dentistry in the DC Metro area since 2010. He enjoys staying up to date on the most current dental technology through his hundreds of hours of continuing education courses. He is an active member of The Renaissance Study Club in Washington, D.C. as well as a member of the Chevy Chase branch of the world famous Frank Spear Study Club.

Dr. Gialanella enjoys being able to create a patients ideal smile through cosmetic bonding, porcelain veneers and crowns, and Invisalign. His obsessive attention to detail and gentle bedside manner put patients at ease while getting the best results possible.

Dr. G resides in American University Park, in Washington D.C. with his wife Anne, and their two children. He enjoys begin outdoors as much as possible, running and exercising. He is an avid NY Giants fan despite living in Redskins territory.

Dr. Schobel grew up in Massachusetts and attended the University of Rochester in New York. While there, he earned his degree in Biology. After graduating he worked in oral microbiology research for two years before attending the University of Pennsylvania School of Dental Medicine.

Then, he completed an advanced training residency in General Dentistry at Abington Memorial Hospital. It was there that he expanded his knowledge and skill in all fields of general dentistry including cosmetic cases, crowns, bridges, Invisalign, and implant restorations. Dr. Schobel loves his work and really enjoys building relationships with his patients. He believes that communication and comfort are essential, and really treats all his patients like family.