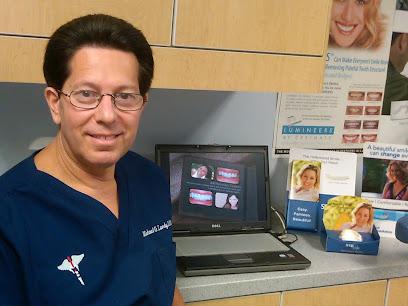 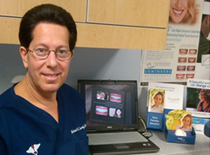 He received extensive post-graduate training in all aspects of clinical dentistry and has been located at his current address in upper northwest Washington, DC, since 1984. His longevity in this lovely residential neighborhood is a testimony to his clinical expertise and the respect and admiration of his patients and the professional community!

Dr. Landy is proud to be a Fellow of the Academy of General Dentistry as well as a member of the American Dental Association and the District of Columbia Dental Society. He is active in Alpha Omega Dental Fraternity, a charitable organization whose goal is to allow the less fortunate around the world to receive the dental care that they deserve, despite their economic condition or geographic location.

Jessica Turpin
3 weeks ago
Dr. Landy was nice and the dental assistant was incredible. However I have to leave one star due to the incredibly rude front desk person. I am a public school social worker and it is sometimes hard to leave school on time. I was 5 minutes late to my appointment and was told when I arrived that they were canceling my appointment due to my "late" arrival because the woman at the front desk didn't want to have to call and verify my insurance (despite speaking with her on the phone that morning to give my insurance information). She then told me I could only be seen if I paid the $500 out of pocket fee because she didn't want to have to wait on the phone with my insurance. The entire time she was extraordinarily rude and unprofessional, to the point that I was brought to tears in the office. It's never okay to treat a person they way she treated me, let alone in a professional setting. It was just not okay. I anticipate that Dr. Landy will comment on this defending the practice rather than acknowledging the problem or doing anything to address it which is also part of the problem.

Kourtney Igbo
4 months ago
Dr. Landy is very efficient in his work and always takes time to answer patient questions.

Temweka Tembo
4 months ago
Thank you to this wonderful office for excellence services. If I could give multiple 5 star reviews I would. Just all around amazing.

Lina T
4 months ago
I had such an amazing and easy experience with this office. I was a little hesitant at first but the staff is so friendly and efficient the entire team seems to all have extensive dental knowledge making sure I understood from the time I made my initial appointment to the time I walked out. Thank you Dr Landy and team! See you in 6 months.

Laquana Strothers
4 months ago
Wow! What an amazing experience I had visiting Dr Landy & Dr Garg dental office. The staff from front office to the back office made me feel comfortable and welcome! Can not wait to return for my 6 month cleaning

Alexander Maycock
4 months ago
While enduring tooth pain, I called up looking to make an appointment. However, the receptionist was incredibly rude and nasty over the phone. Had zero intention of being helpful.

Emily Burdeshaw
5 months ago
I've been having tooth sensitivity for years and it wasn't until I came to Dr. Landy that he identified the issues. With a little bonding and a few quick appointments, I can now drink ice water pain-free!

Mark Zapatka
6 months ago
I have been a patient of Dr. Landy for many years. He is a very knowledgeable and experienced dentist.

Janisha Richardson
6 months ago
Dr. Landy has been my dentist for over 15 years. He keeps me smiling. I love Dr. Landy!

Jessica Francis
6 months ago
I had a really bad experience with this office and would urge prospective patients to believe the pattern of the one-star reviews. This office upcharged me for a service I did not request, and claimed they sent me a bill to my address for months. I have never received a bill for that unasked-for service, though I gladly paid it to be rid of this office. Furthermore, while in the appointment, I was pressured into many services that would've cost thousands of dollars, and when saying that I needed time to think about it, I was met with extreme rudeness: e.g.: crown, Invisalign, night guard, and redoing fillings; I received a second opinion which negated all of these "urgent" medical recommendations this office made. Even if any or all of these services were necessary, this office created an environment in which I had to say no multiple times to extra services in order to be released from the chair. There is a pattern in these reviews regarding being upcharged and disrespected as a patient, and you can see a pattern of dismissal of frustrated patients even within these review responses. I am disappointed because I believed the positive reviews, and hoped for a good experience in this office, but this was sadly not the case. I hope it is the case if this office chooses to respond to this review, that a better use of time might be directed at better serving patients than squabbling over people's lived experiences.

Deborah Thurlow
7 months ago
Dr Landy is an excellent dentist. I am longtime patient and have had any types of procedures. I would recommend him and his very nice and competent staff.

Tiffany Sanders
7 months ago
Great doctor. He helped me save my tooth when my general dentist told me it was not possible. It's been 3 1/2 yrs still going strong.

Princess Lala
7 months ago
I had such an amazing experience at this office. The office is so thorough and attentive to detail. I was very anxious coming in and I left the office at ease. Thank you Dr. Landy and team.

Ashley Harper
7 months ago
I am so impressed with Dr. Garg and the whole team. I have dental fluorosis, which is a pitting of the teeth from exposure to high levels of naturally occurring fluoride during development. Every previous dentist has told me to get veneers and generally made me feel bad about the look of my otherwise healthy teeth. Dr. Garg found an alternative treatment to veneers and was impressively thoughtful in the way he approached asking if I wanted any cosmetic changes to my mouth. This new treatment was not invasive, preserves my natural tooth, and had AMAZING results. I am so so happy I found this thoughtful and well researched dentist. I feel so much happier during zoom calls now that the color of my teeth is more even. You should go here and see Doctor Garg!

Maureen Johnson
7 months ago
Dr. Landy has been my dentist over fifteen years. He has an excellent bedside manner. Dr. Landy diagnoses and often treats the need the same day. He is very skilled. Dr. Landy's assisant, Angie, is very personable, sweet and patient. The office staff are professional and organized. I recommend Dr. Landy's office to meet your dental needs.

TWEE NG
9 months ago
My daughter got her Invisalign here and I paid off the balance. She had to pick up her trays fall of 2020 and we are getting bills for picking up the trays. We have emailed them 3x now to remove the bill since she had NO service there except to pick up the trays. We are still fighting this. We intend to report them to BBB and DC authorities. Watchout for the crazy billing woman and review every bill. I almost didn't catch it. 1/23/22: in my continuing saga with the crazy bill staff at Dr. Landy's office, I got a confusing bill today with a balance of $3K for work in 2019. I intend to fight this.

Neleen Rubin
12 months ago
Dr Landy has been my long-time dentist for more than two decades. He has helped me navigate ongoing dental care, including a recent implant and filling repair. I highly recommend him and his team!

Tiffany TN
12 months ago
I used to love coming here but after a number of my past dentists continued to leave Dr. Landy's practice I should've known something was off. I haven't been to Dr. Landy's for any service since before COVID-19. However, they continuously send me charges of over $500 even after more than a year of no service. I've emailed them as to why I was being charged these amounts and they ignore and don't respond. I've had instances in the past where Dr. Landy has charged us differently to what he's quoted me or charged me extra for things. However, after my Invisalign treatment through him he's been continuously charging my mom and I for retainers despite the amount being paid in full already. In addition, my Invisalign treatment was very poorly executed and he failed to check up on my teeth every time I came in for appointments. After going to a new dentist due to some toothaches I'd been having, I found out that I had 8 cavities from Dr. Landy's carelessness. In addition, when shaving one tooth in my mouth for Invisalign Dr. Landy ended up shaving it incorrectly which caused it to start decaying as food would get stuck in the whole he made in my tooth which he didn't tell me about. I really like everyone who works at Dr. Landy's but the incorrect charges, the lack of care, and the money hungriness that him and his billing woman uphold in his office really ruins it. His billing/customer service woman is extremely rude and is the one who carries out these charges and ignores complaints or disputes when contacted. One time I was trying to make an appointment to pick up my trays for my Invisalign and every day I offered for being available happened to be one of the multiple days that Dr. Landy was off which I didn't know. So I kept proposing other times that I didn't have classes or work and this woman had the audacity to tell me I was making the process difficult and inconveniencing her when all I was trying to do was figure out a time to pick up my trays. Overall, I'd say stay away from here otherwise you could expect false charges to your account, cavities, a lack of customer service, a rude billing woman, and a hard time.

Nick Kozak
12 months ago
I've been going here since I was a baby. Always a good experience and the staff members are all super friendly. Parking is really easy too.