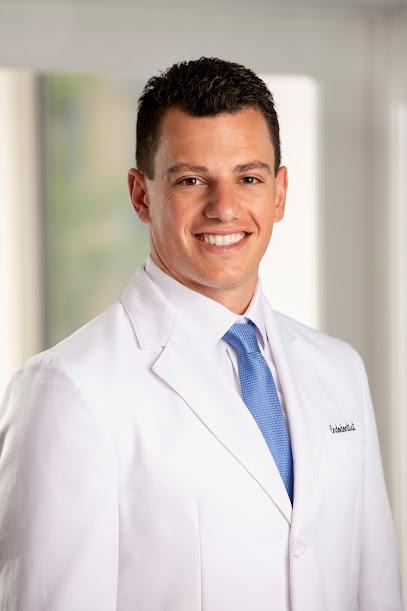 Dr. Marc Jiorle received his bachelor's degree from the University of Notre Dame. Inspired by his father, an orthodontist, and his sister, an endodontist, Dr. Jiorle decided to follow in their footsteps and pursue a career in dentistry. While attending Stony Brook School of Dental Medicine in Long Island, NY, Dr. Jiorle fell in love with all aspects of endodontics, particularly the aspect of getting patients out of pain. His passion for endodontics earned him the American Association of Endodontists Education Achievement Award. Upon graduating dental school, Dr. Jiorle gained additional training in all aspects of dentistry, with an emphasis in endodontics in a general practice residency at Newark Beth Israel Medical Center in Newark, NJ. Dr. Jiorle then continued his training with an endondontics residency at the University of Pittsburgh, where he also had the opportunity to treat our nation's heroes at the Pittsburgh VA Hospital and sought advanced training in endodontic microsurgery.

Dr. Andrew Vo was born and raised in the DMV. He received his bachelors degree in biology from the University of Virginia where he also became interested in dentistry and Endodontics. He earned a Doctorate in Dental Surgery from the Medical College of Virginia. He became an active-duty general dentist in the United States Air Force where he completed an Advanced Education in General Dentistry and was the top resident in Endodontics. At his first duty station, he revitalized the endodontic supplies and protocols. He went on to complete his endodontic specialty training at Albert Einstein Medical Center in Philadelphia, PA, renowned for its strong clinical training, nationally/internationally acclaimed faculty, and cutting-edge technology.

Dr. Vo is an active member of the American Association of Endodontists and the American Dental Association. He volunteered dental services to underserved communities in Virginia and North Carolina through Missions of Mercy Projects. As a resident, he volunteered at Philadelphias Project Home to provide specialty endodontic care.

Outside the office (in his free time), Dr. Vo enjoys running, indoor rock climbing, and snowboarding. He looks forward to re-discovering the DMV restaurants and activities with his wife and dog, Kali.