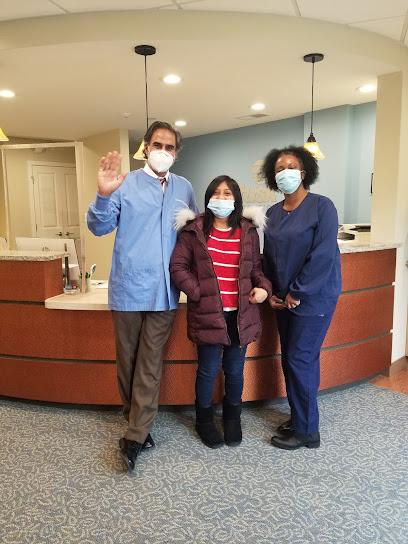 Dr. Sawhney was trained at some of the top programs in the country the University of North Carolina School of Dentistry, and the University of Washingtons Department of Orthodontics in Seattle and its Molecular and Cellular Biology Program. He also studied rats at the veterinary school in Zurich, Switzerland; snakes, koalas, and foreign policy in Sydney, Australia; and filmed periodontal ligament cells scrunching up collagen in Dresden, Germany. Dr. Sawhney was so obsessed with orthodontics, he did a PhD in how teeth move and what makes them stay put.

It drove Dr. Sawhney nuts that America spends twice as much on healthcare as countries where people live longer healthier lives. So, he moved to Washington, DC to put his skills as a clinician and scientist to work on health policy, for Congresswoman Sheila Jackson Lee, the late great Senator Ted Kennedy, at the National Institutes of Health, and at the U.S. Department of Health and Human Services. Along the way, Dr. Sawhney kept his orthodontic skills on the cutting edge: in private practice in downtown Seattle and later in Raleigh, NC; treating active duty military at the National Naval Hospital in Bethesda; guiding research at Howard University; and practicing in pediatric dental offices across DC and MD. He approaches every patient with that same zeal he brings to science and health policy.

At Tusk Orthodontics, Dr. Sawhney combines state-of-the-art technology, the best evidence-based techniques, and a thoughtful approachall in one of DCs funkiest neighborhoods. He lives nearby with his lawyer/wife Laura, daughter Marlo, and son Felix. He is still active in policy promoting novel and amusing strategies to advance American public health. When hes not moving teeth or trying to get Americans moving more, Dr. Sawhney enjoys time with his family, playing tennis, boating on Lake Anna, and playing guitar and singing in his totally not bad rock and roll cover band.